In any case, I felt it'd be a fun post to share my 5 best and 5 worst travel experiences to date (not including Disney stuff, you know there could be a 47,121 part post for that). So... Here they are!

1. Africa: Ngorogoro Crater
So, yes. I went to Africa. Unfortunately, the trip wasn't as romantic or adventurous as it could've been. I was serving other purposes in the form of personal protection. In any case, this was one of the few times I was able to let my guard down and just enjoy the nature at hand. Truly beautiful. 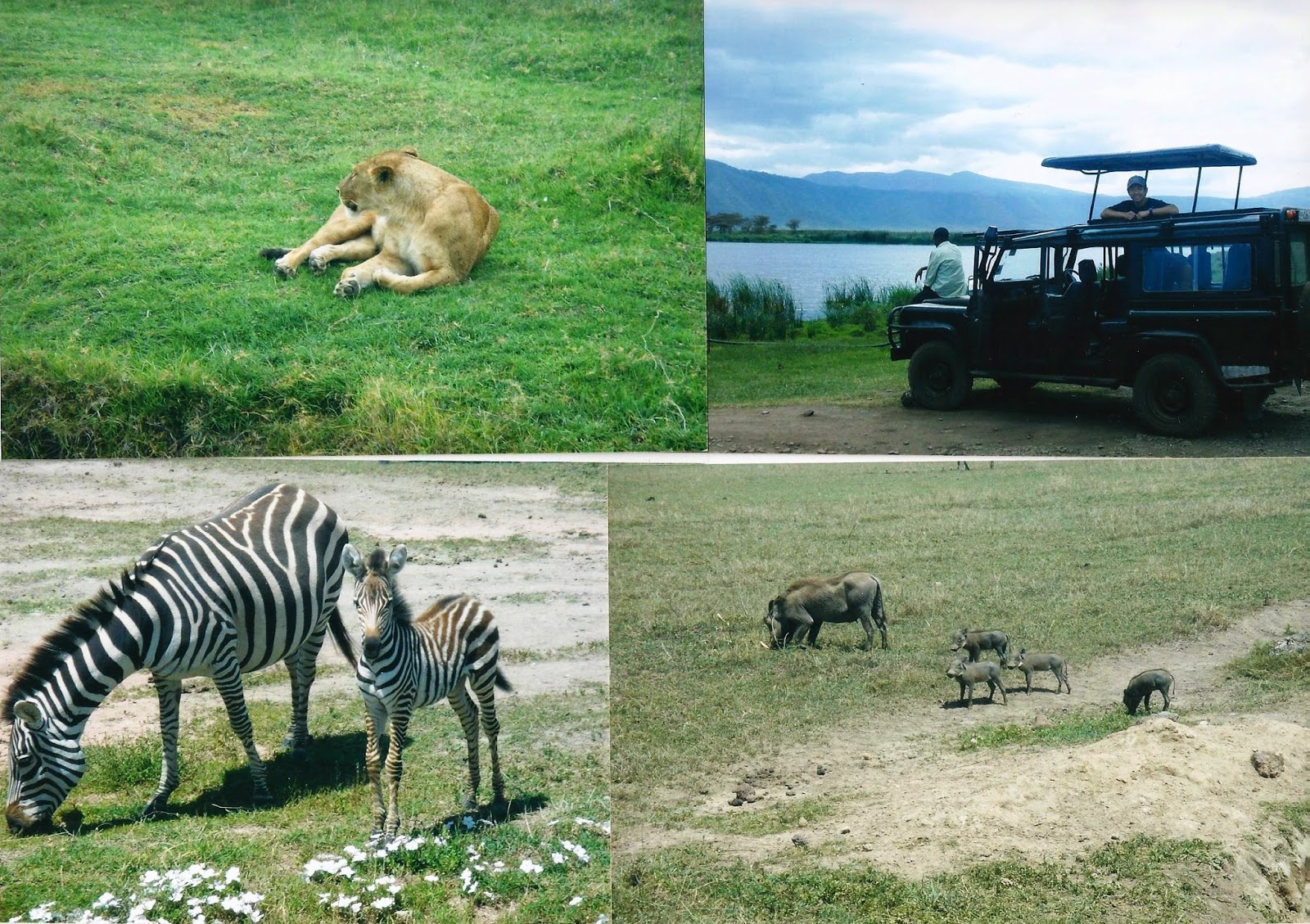 2. Hawaii: Rock Jump at Waimeia Bay
Awesome fun here. Perhaps one of the epitomes of being a big kid is just climbing a huge geological structure - and - jumping! Over, and over, again. 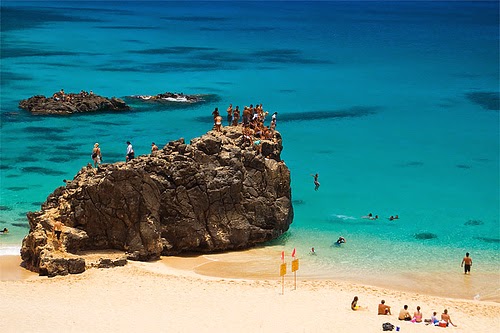 3. Canada: Snowboarding Whistler & Blackcomb - Glacier Run
I don't know what it is, but glaciers are really cool. I used to be quite the avid snowboarder... for Southern California, ha ha! Which means I got royally humbled on the Canadian slopes. Nevertheless, it was a true pleasure in time to cruise down a blue-glowing-glacier mountain.

4. Taiwan: Stinky Tofu At ShiLin Night Market
FOOOOD! Okay, so stinky tofu is NOT for everyone. However, for those that brave the true journey of a foodie, you must try it at least once. Stinky Tofu is one of my favorite dishes out there. It's a perfect sit-and-break in the Taiwanese night market life. Fried, crispy goodness served with pickled vegetables, hot sauce, and hoisin sauce. Yum!

5. Michigan: The Big House
There's just something about the culture of college football that speaks to the heart. Being at a Michigan game was one of the most thrilling experiences. Sitting at the 50 yard line and watching my team demolish another team while chowing on fatty American stadium food and (soda) "pop" - just excellent. 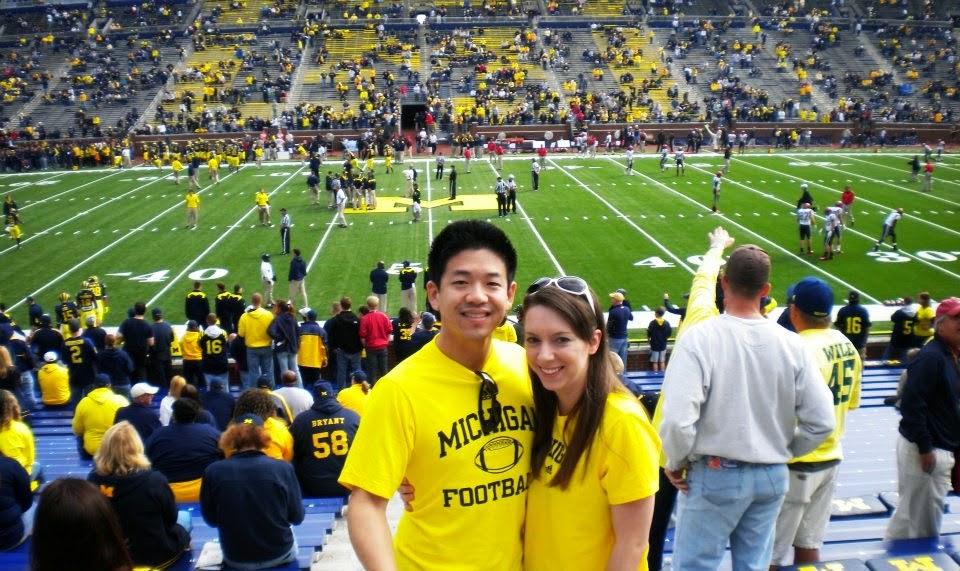 5 Worst Travel Experiences
1. Africa: Victim to attempted swindling/bus robbery
Like most places, locals like to rip off tourists... and who can blame them? Easy pickings. Well, one of the legs of my Africa trip included a 10+ hours bus ride. The bus operator tried to swindle me a couple thousand local currency units. I caught on and said no. However, I wasn't so sure how he would respond - ie. get violent. I found out later what could've happened. He successfully robbed a guy who got onto the bus late. The guy found out and actuated local law: "mob to kill for stealing." In pitch black dark, while trying to protect an important person with me... was one of the most terrifying moments.

2. Taiwan: Interviewing for an English Tutor position, in Chinese... then being rejected.
This one is funny. At a time in life, I was interested in teaching English abroad. I decided to bum-rush a place and see if they were interested. Having spoken to them for several minutes in Chinese, I decided to break out the big guns and said in perfect English: "You know, I'm actually from California and attend UCSD."  They didn't know what to do. Sadly, they weren't looking for someone of my "type." Ridiculous, but truly funny.

3. Africa: Punked by "Black Mamba"
Part of the Africa trip was seeing a national snake/serpent reserve/zoo. Apparently, the lines are kinda blurred in Tanzania for this particular consideration. In any case, one of the handlers decided to run after me saying, "Black Mamba!!!"... with a snake that looked exactly like a black mamba - but fortunately wasn't. I basically ran for my life.

4. Africa: Sodas Sodas, everywhere...
Sadly, in many developing parts of the world, water is more expensive than soda. Part of the fantastic culture in the region which includes Tanzania is the culture of "welcome." You, as guest, are more important and more welcome and honored above the residents of the actual home. To demonstrate this sentiment, it is not uncommon to be given an ice cold soda in your appreciation. It is also rude to leave it unfinished. Since I did a lot of traveling in Africa, I did a lot of soda drinking... a lot of it.

5. Bahamas: Super Salty Sun Burn
The beautiful, Caribbean blue waters are such a light shade because of the high concentration of salt in the water. Combine that with really bad sun burns... that equals EXTRA burnage. I was reeling in pain from those burns after snorkeling in warm waters of the Bahamas for a couple weeks after. Sadness.

Entertaining Runner Ups:
1. Hawaii: Tutoring in Pidgin
Certain parts of Hawaii, it's just easier to communicate in local Pidgin. I picked it up. And, I couldn't actually get rid of it for a week or so after I rejoined the "mainland." What was hilarious was I was working on tutoring grammar and college entry essays in Pidgin.

2. Taiwan: KenTing Resort
KenTing is the southern most part of Taiwan and is host to resorts, night-markets, youth attractions, and a paradise-like-tropical climate. Staying at one of the resorts was great because I actually got to enjoy the resort itself. My usual travel experience results in staying at someplace... and never enjoying the actual amenities. Definitely a fun experience. 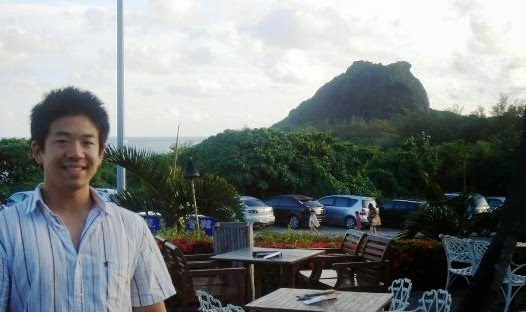 3. Dubai: Footstep Cleaners
Dubai. So, in the airport, there were employees there hired to wipe-clean your footsteps as you walked. Literally, as you walked. So if you sped up, they sped up. If you slowed down, they'd slow down. If you stopped, they would stop. And, they would always keep a 10-pace-distance between you and them. It was, interesting... to say the least. Kinda like this...

4. Mexico: Helping Out An Orphanage
A heart warming experience, I went down to Ensenada a number of years ago to scout out an orphanage for missions-work. It was a good, hard day's work in the boonies with kids that really appreciated your treating them like human beings. Sad to say, much of the world has very little regard for the widowed, orphaned, and "disabled."

5. Hawaii: Brazilian BBQ, You want THIS one cachaca, wooden mounted
Who doesn't like a good story about alcohol? Well, I went to a Brazilian BBQ place in Hawaii one day and realized, I've never tried any Brazilian drinks. I asked the owner what I should try and he gave me one of these: a caipriniha. Now, remember, I was once a bartender and wanted to know what the "real deal" was... so I asked him what was in the drink and he told me it was: Cachaça. I told my server I wanted a shot of it. Before the server got the shot to my table, the owner comes running out: "No! No no no no no!" Everyone was all shocked. He said, "You want cachaça?" -- I said, "Yes." He said, "Okay... you don't want this one." He shooed his server away. He comes back with this bottle, permanently mounted in a wooden box frame (as if the frame was built around the bottle) - and he goes, "You want THIS one." He pours me a shot and pours himself a shot. Klink! And he goes, "THAT, my friend, is cachaça."

Welps, that's it for now! I hope you've enjoyed this special edition of Life Experiences on my travel experiences to date.