So this summer, I tried my hand at French sauces. In the past, I spent an entire summer working on French Onion soup. For whatever reason, the last month or so I've had a craving to make Beef Bourguignon.

This is how it went down.

Wifey taking an action shot of me. 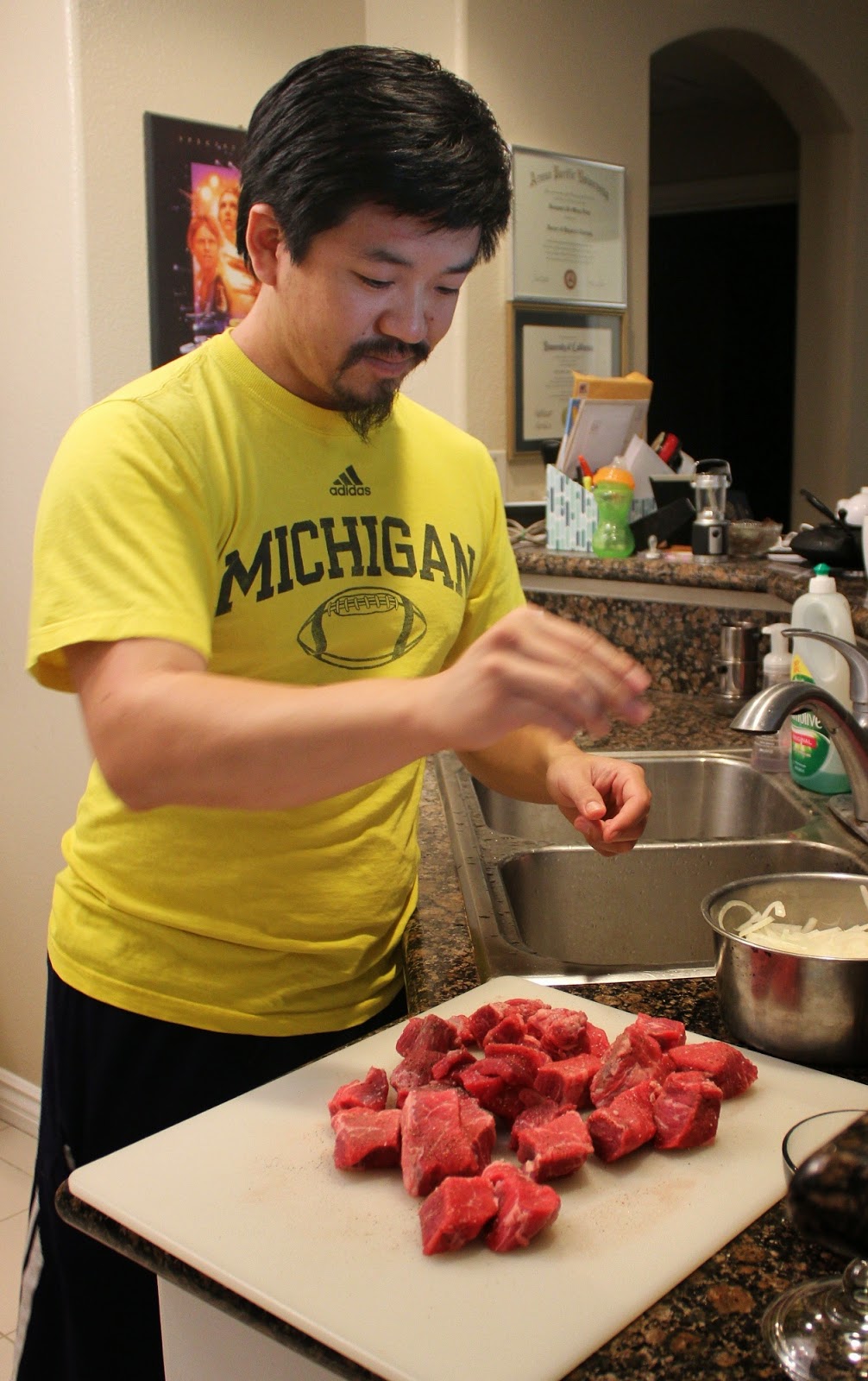 Oil & bacon! What could go wrong? 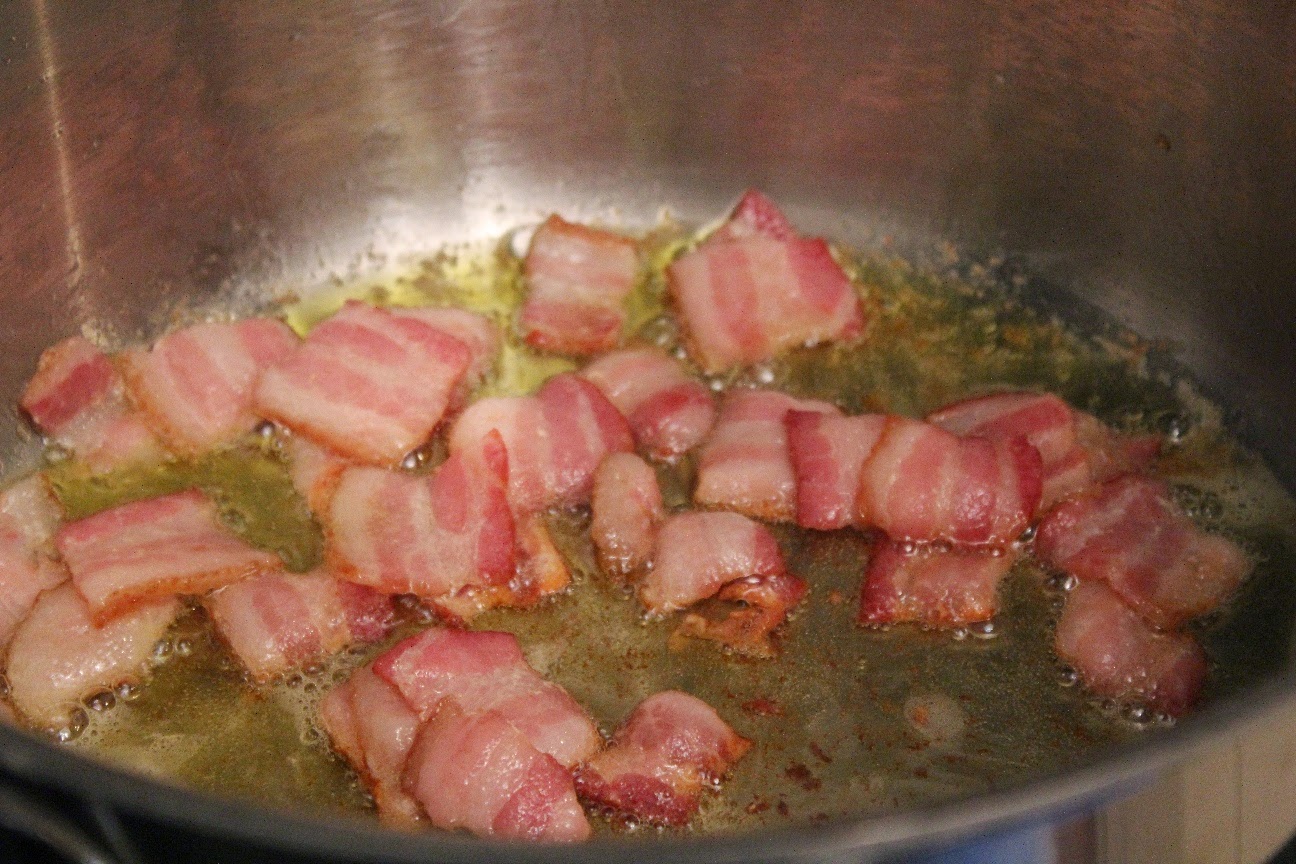 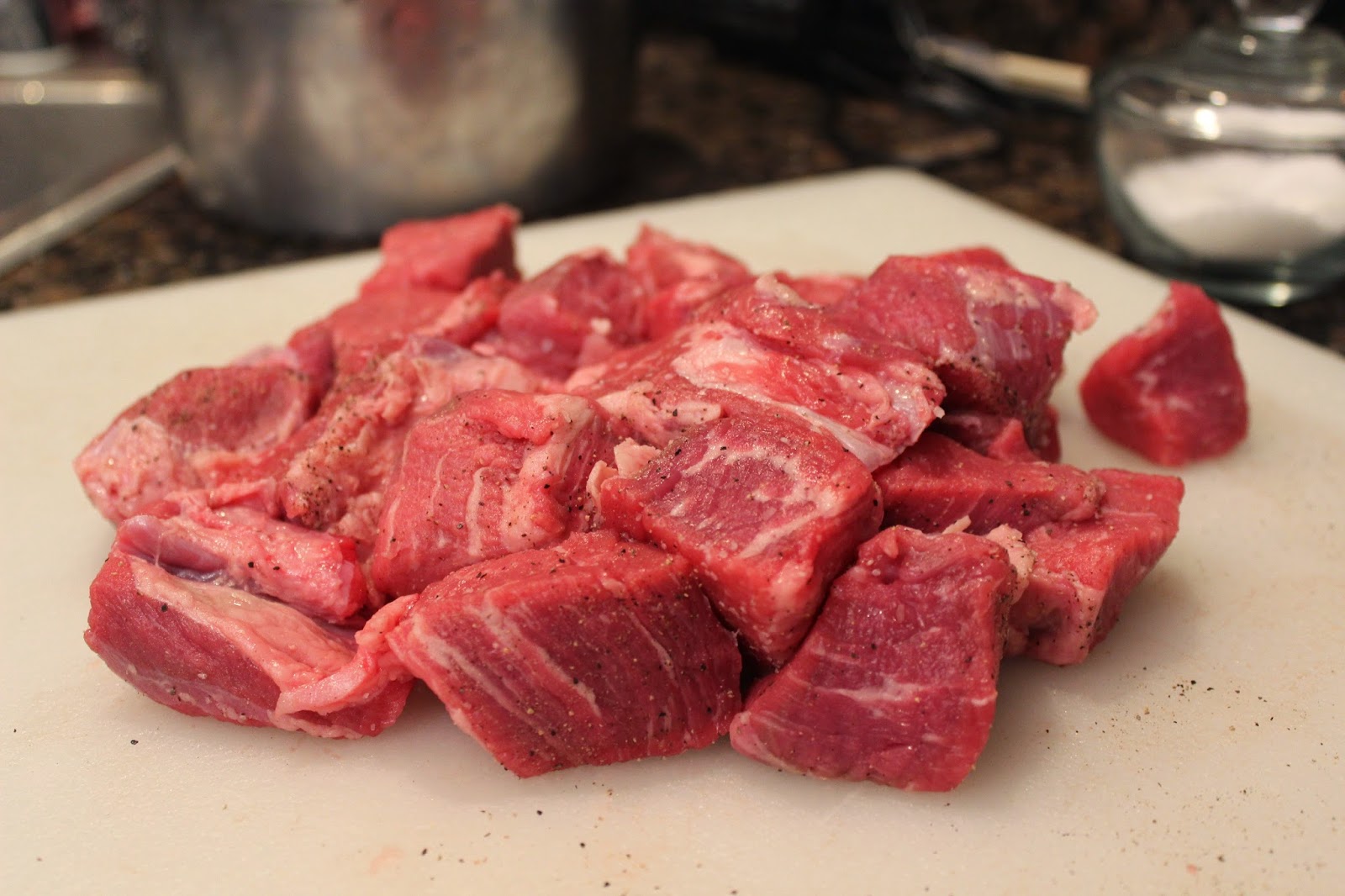 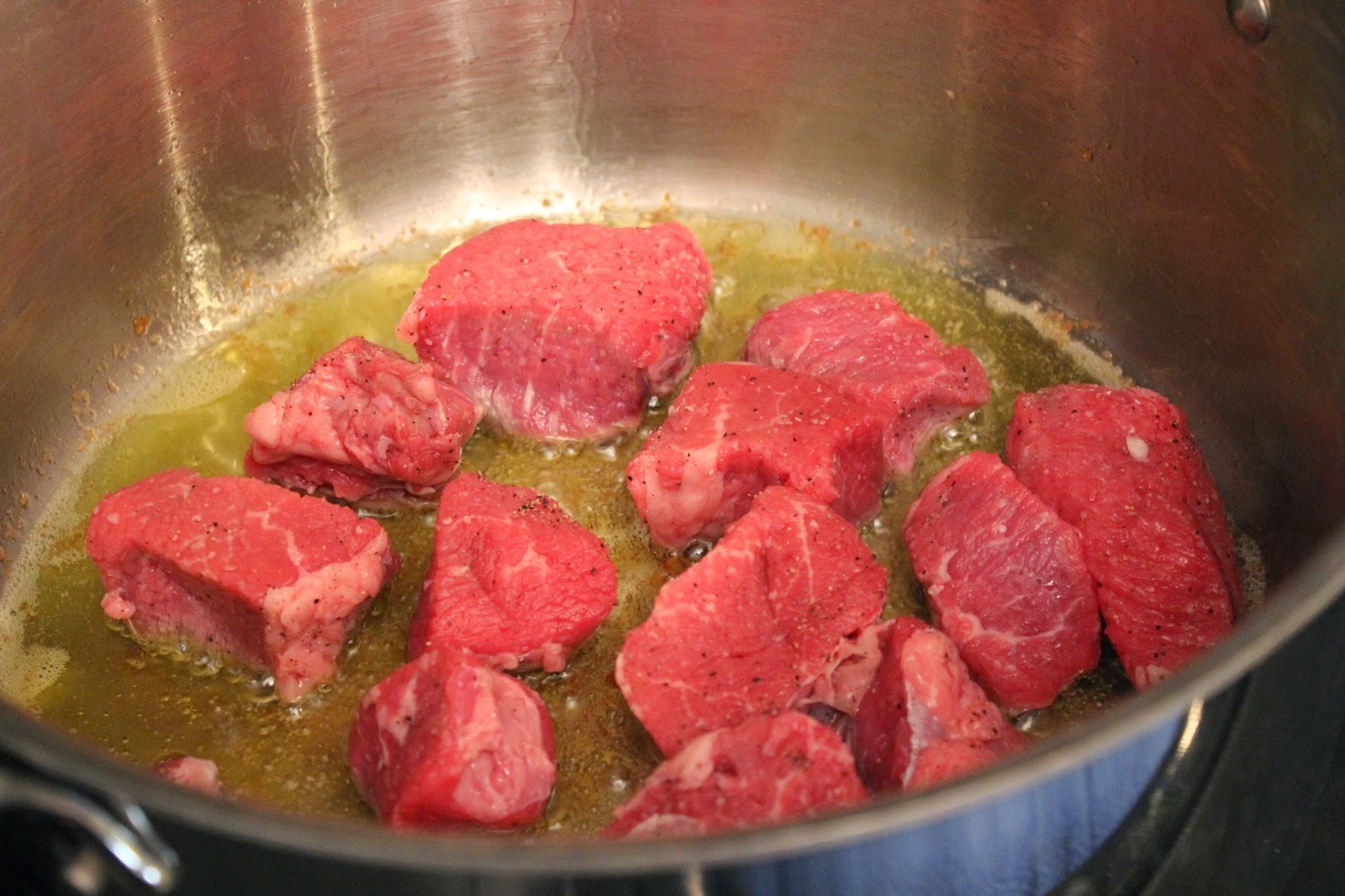 Another action shot by wifey. 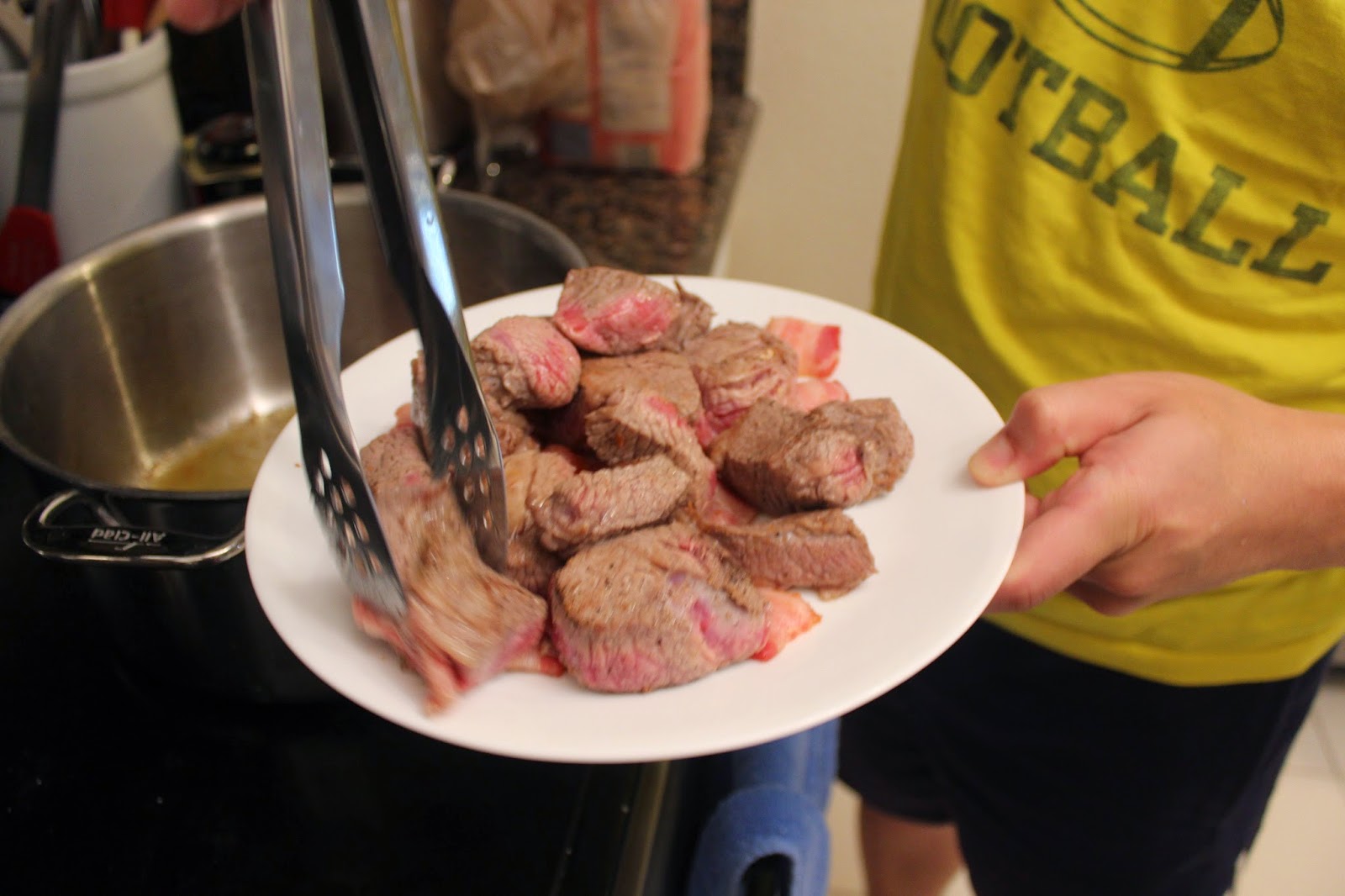 In go the veggies! 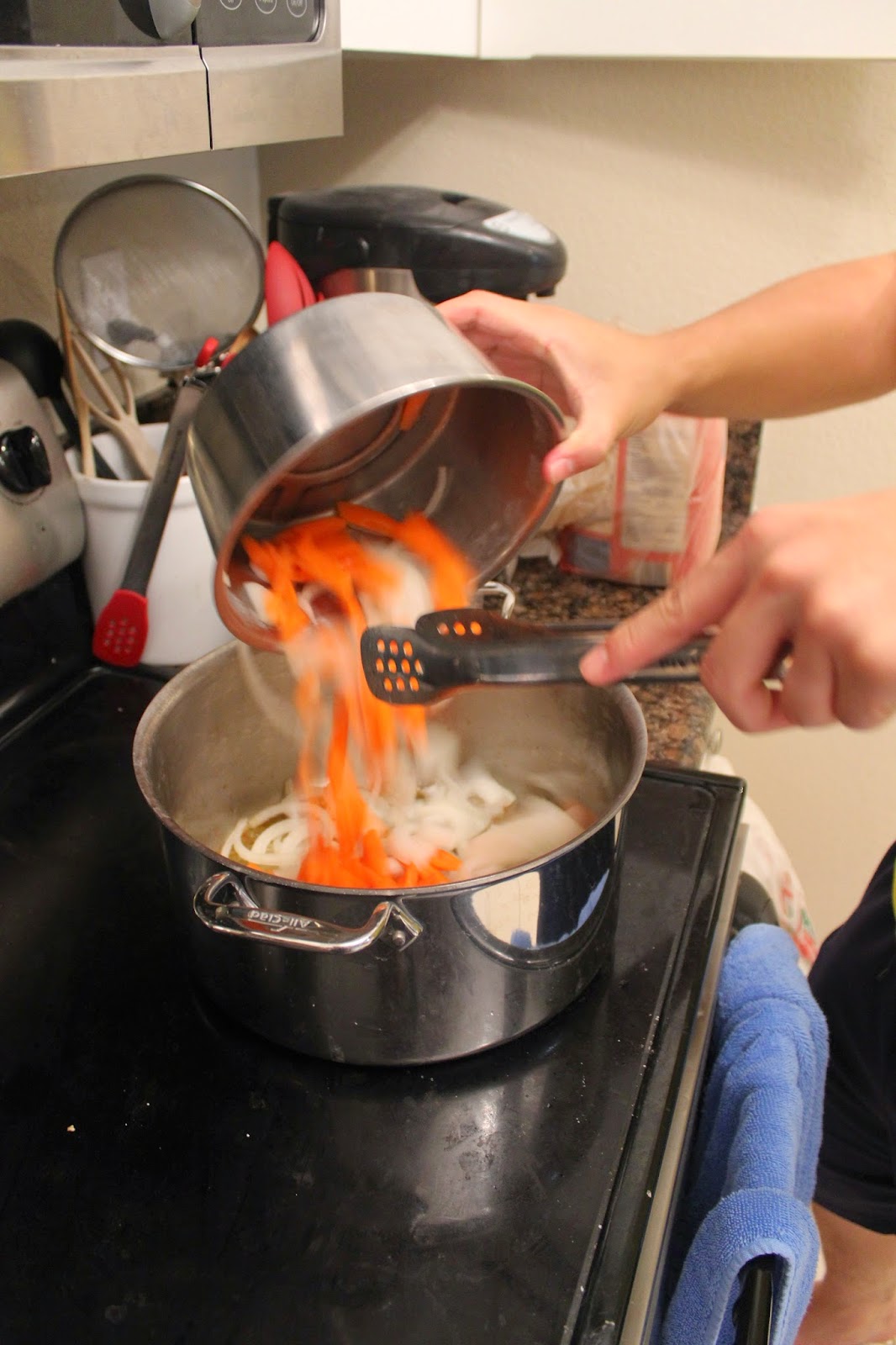 Everyone ready for the fire? 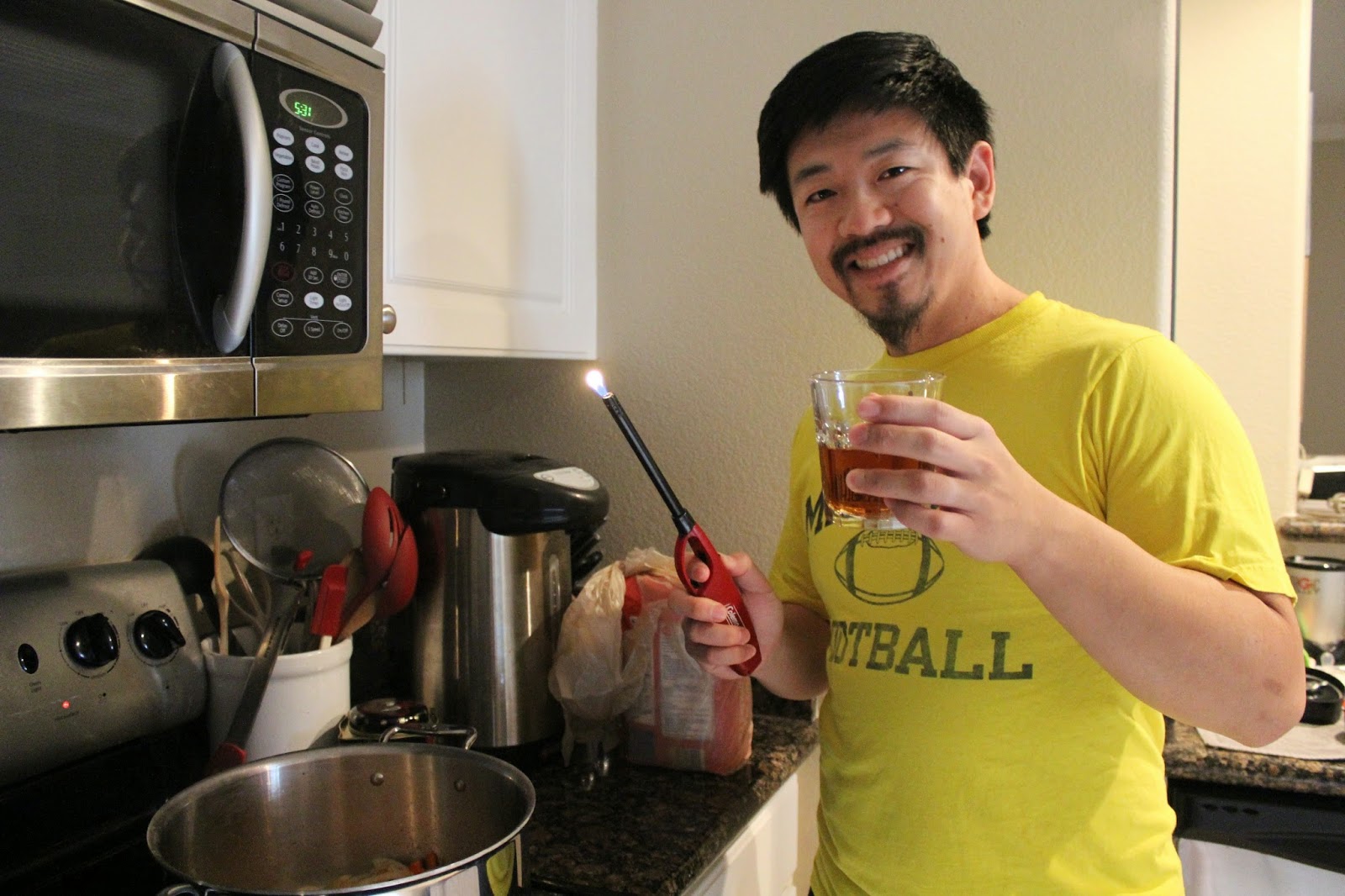 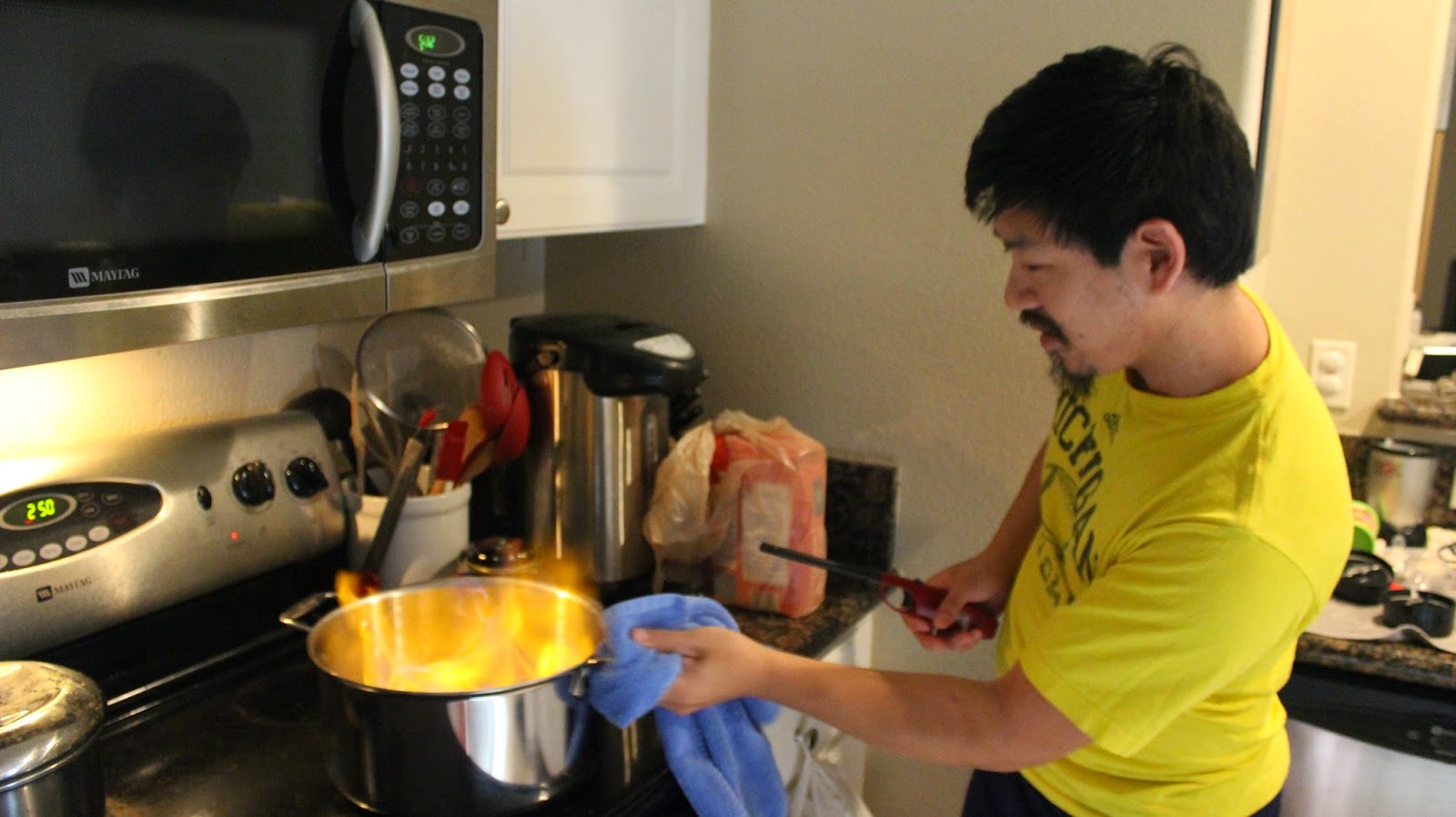 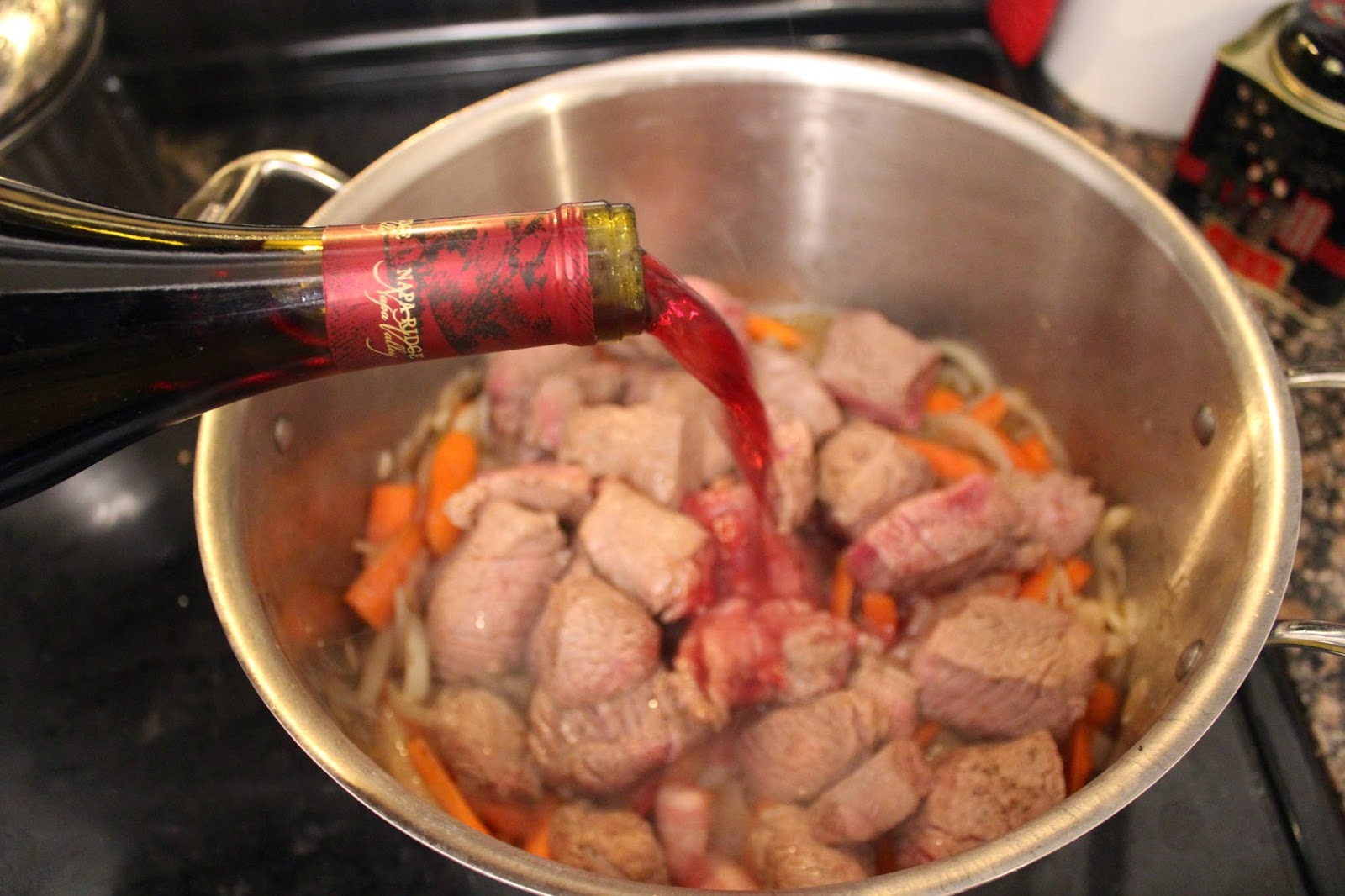 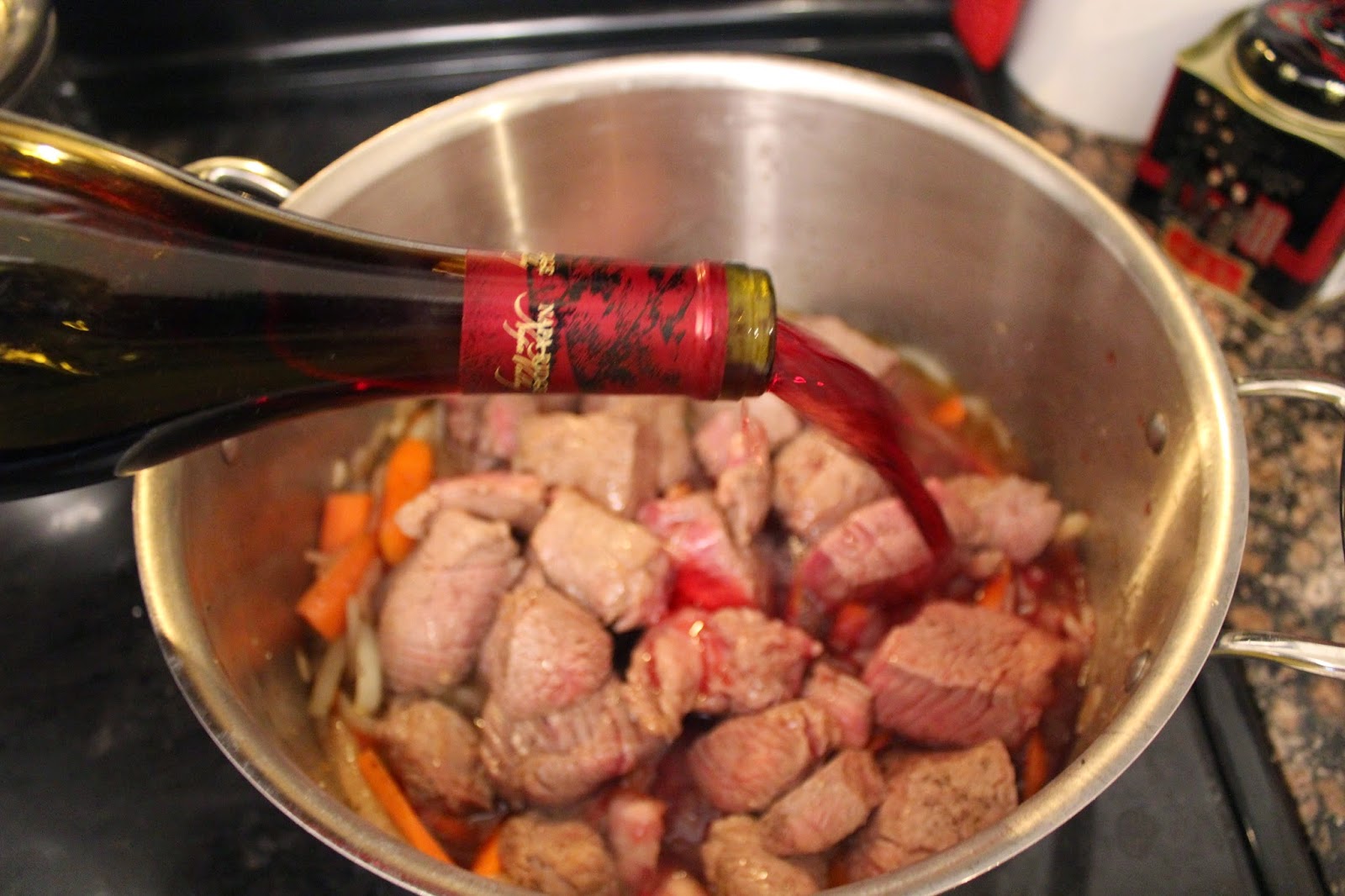 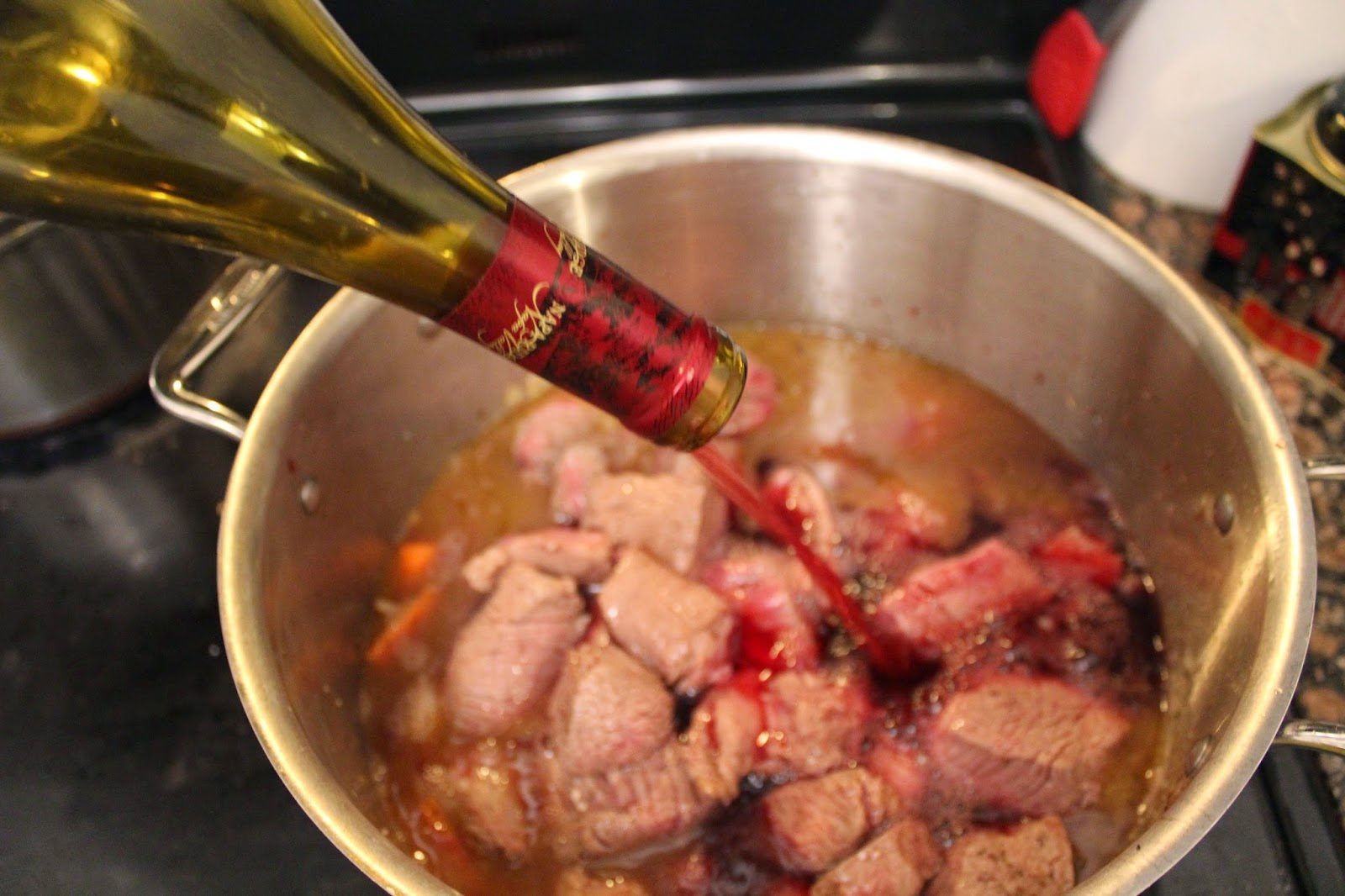 Topping off with some beef broth. 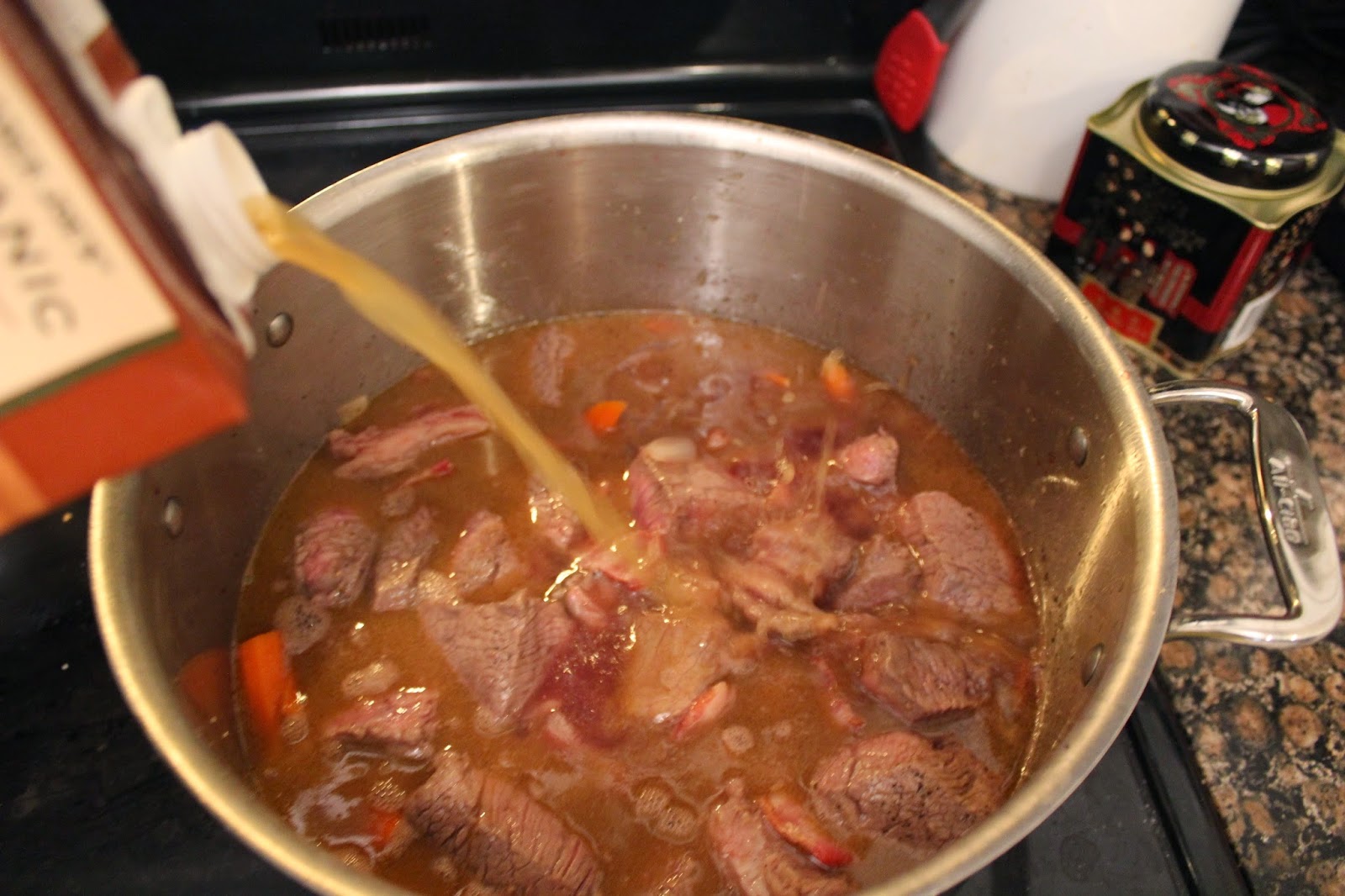 Into the oven, then onto the stove top for reduction. 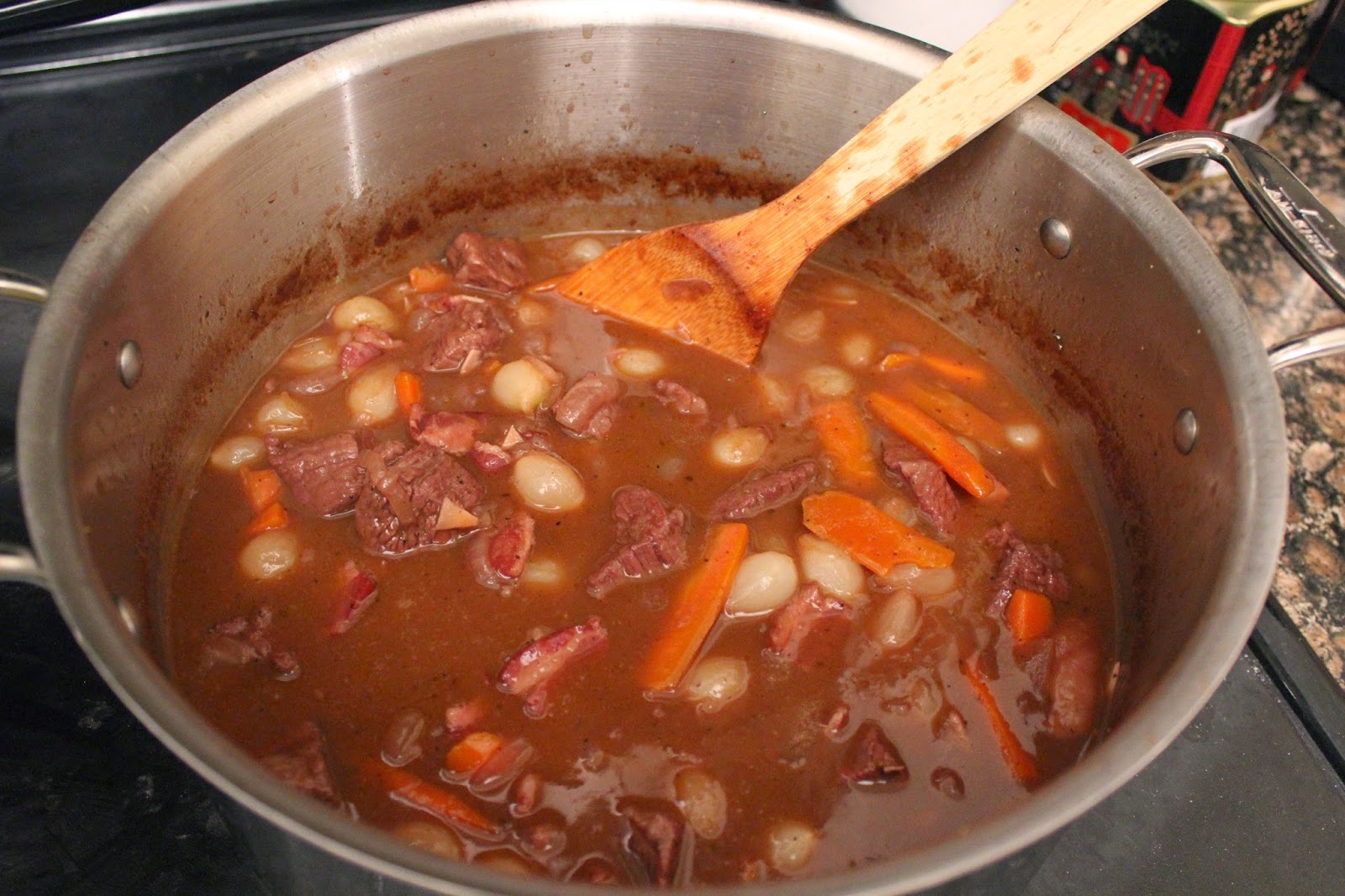 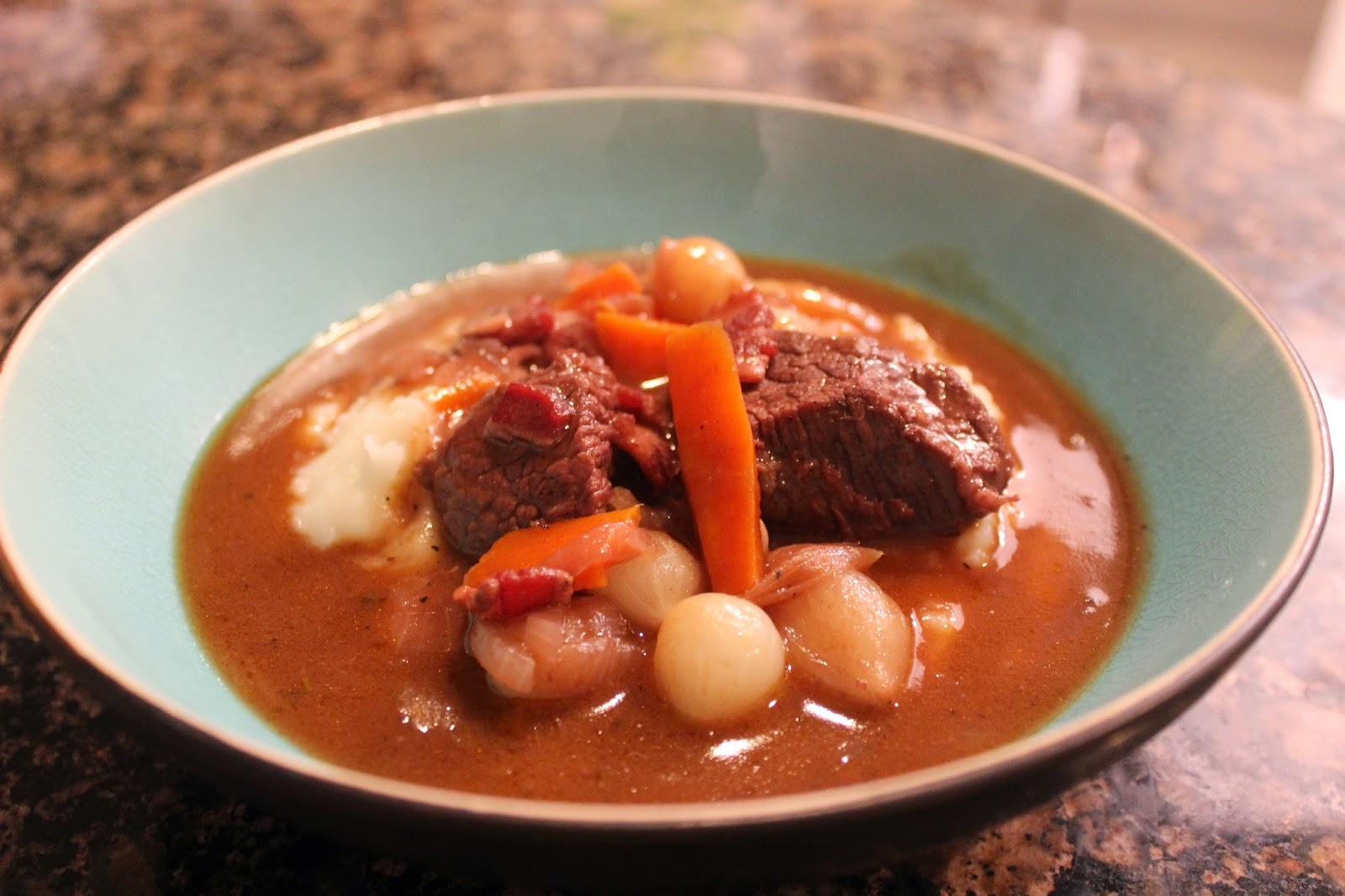 I gotta say, making this was a BLAST. I felt there was definitely times I could've done better. I laid the Beef Bourguignon on top of a bed of mashed potatoes. I actually over salted the potatoes so I added a bunch of milk. Then it became creamy potatoes... haha. No worries, it worked out well because I purposely under salted the soup itself. The result: flavors met in the middle for a culinary waltz on the tastebuds.

I felt reducing the soup was quite important. Most of the recipes I studied didn't say much about it. If I were to have just taken the soup out of the oven, it would've just been a pot of wine. I purposely had my wife (who arguably has a WAY better palate than I do) try out the difference before and after reduction. Reduction was DEFINITELY the way to go.

All in all, a wonderful experience. Beef Bourguignon, Episode I = SUCCESS! And, it shall certainly not be the last time I try my hand at it :)
Posted by Dr. Ben Fung at 9:35 PM